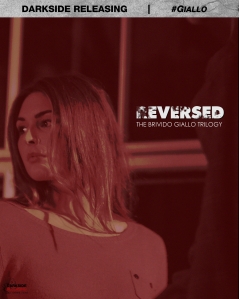 Erotic-Thriller | 65 min. | ITALY/UK | 2015
Reversed tells the twisted tale of Asia, a globe-trotting socialite who winds up involved in murder, sex, and mayhem. Is someone really after her, or is she completely delusional and paranoid? Exploring the bloody back-story through her three lovers, Asia’s tale of eroticism and violence is a twisting journey through a disturbed and passionate mind that will leave the viewer thinking back on it long after the film has finished.

We are connected with...

A Day of Violence