The Crime Trilogy, from Giallo Films UK and Directed by Darren Ward

Darkside Releasing is extremely excited to announce the official Blu-ray release of Darren Ward’s SUDDEN FURY and A DAY OF VIOLENCE on APRIL 27, 2021! These are the first two films from Ward’s epic Fury Trilogy, and both films, which have received new HD transfers, will be available on a VERY exclusive Double-Blu-ray with a limited double-sided slipcover and TONS of never-before-seen extra features! Sudden Fury, an underground crime cult classic from the UK is David Warbeck’s final film (best known for his cult film roles, specifically in Lucio Fulci’s “The Beyond”). Ward followed this film up with A DAY OF VIOLENCE (ten years later) which features Italian cult actor Giovanni Lombardo Radice (“House on the Edge of the Park”, “Cannibal Apocalypse”, “Cannibal Ferox”). Shop here. 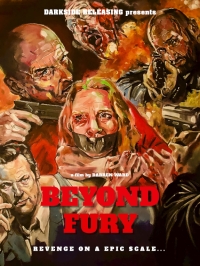 A DAY OF VIOLENCE

Mitchell Parker lies dead on a slab in the morgue. But before this, Mitchell served as a debt collector for all the filth and scum that the city had to offer. And when he stumbled across $100,000 in cash hidden in the sofa of one of his “clients”, a journey of redemption is kicked off, inevitably careening through violence and sacrifice. Hunted by the gang whose money he’s stolen., Mitchell races to evade capture while trying to rid himself of his demons once and for all. 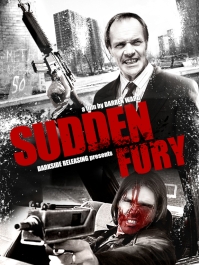 The last film to star late cult film celebrity David Warbeck (“The Beyond”). Randall and Jimmy are an up-and-coming crime bosses with eyes firmly fixed on their rival’s cocaine stash and criminal empire. When Randall and Jimmy hire legendary hitman Walker (Nick Rendell), to take out their nemesis Harris., things start to go wildly out of control – Randall double-crosses Jimmy and the hitman Walker with plans to take over the entire drug distribution network through the whole South coast of England. But Walker, the legendary hitman, is now on the warpath and screaming for Randell’s blood, throwing gasoline on the fire with every step he takes towards vengeance.

One of the goriest, most violent trilogy of gore films from British director Darren Ward, now available complete & uncut from Darkside Releasing!

We are connected with...

A Day of Violence